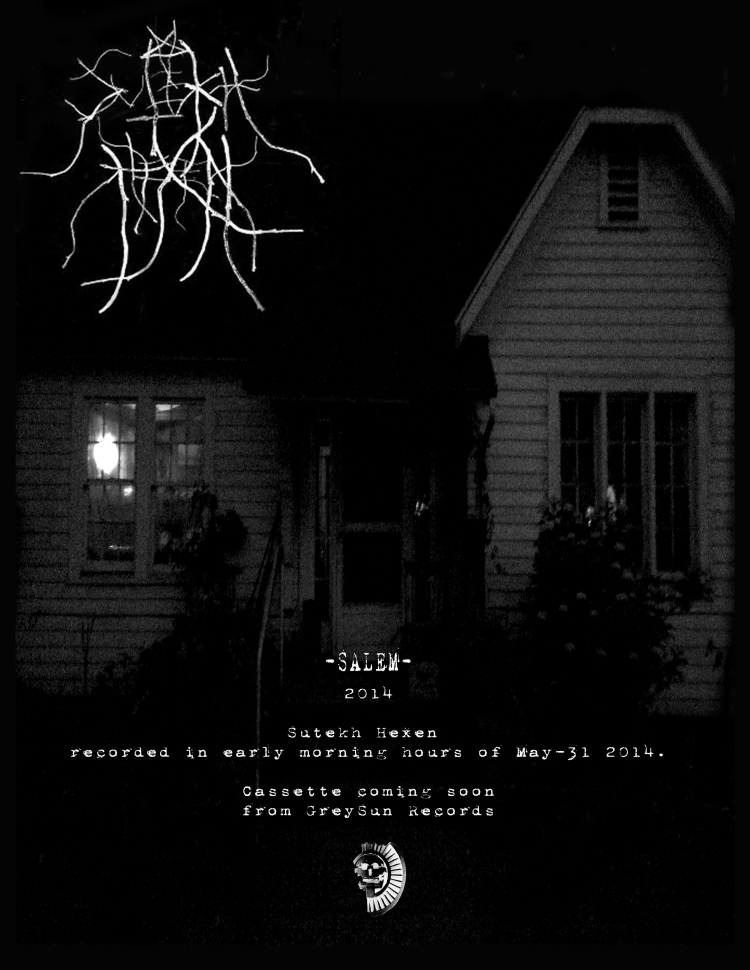 On may 30th,2014 Sutekh Hexen performed with several other bands at the Wisp House in Salem,Oregon.

It was early on may 31st 2014, sleep had settled over the neighborhood. The party was winding down,the house had become quiet,except for a few people having conversations here and there.

I was preparing my thermarest and ,thinking about how nice my sleeping bag was going to be,when I heard  sounds starting to emerge from the basement,again. I looked at my “bed” and started rummaging through my pack for my recorder. I put some fresh batteries in it,and grabbed the last of my beers,and looked at my phone, “I should be sleeping” I thought to myslef as I opened another beer,and sat down on the stairs,and pushed record. One by one each of the guys came came downstairs to join Kevin. Its not often one gets to see a band that  they really admire create music instead of performing a set(while on tour). I felt privileged to have witnessed Sutekh Hexen doing what they do best.

This recording has been in a pre production phase for quite some time,and  will be available on cassette from GreySun Records soon. Stay tuned for more information.